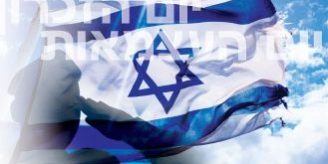 Like many words we use – the word independance clarifies the overall picture without getting into the details that surround the situation. What we understand from the word is that it signifies a kind of dynamic process and not a static situation, meaning independence is a consequence that comes from another reality that symbolizes the opposite of independence. The process of independence accompanies us in all stages of life, from birth to old age.

The people of Israel are a fascinating tribe with a history of thousands of years. The Israeli nation has experienced many processes and challenges along the way to reach the independence that we celebrate in the month of Iyar every year. The official day was 14 May 1948, but like all the significant moments celebrated by the people of Israel, it is celebrated according to the Hebrew calendar, so this year it will fall on 15 April 2021/03 Iyar 5781.

It is a very powerful day and is accompanied by great joy for all, but at the same time, it does not take place until we honour and remember all the victims who sacrificed their lives for us on the day of remembrance, Yom Hazikaron which falls the day before Yom Ha’atzmaut. It is a day in which we stop, remember and cherish them, a day in which we wrap and embrace their families. The transition between these two days is very sharp and powerful. From memory and sadness to great joy.

One of the events that accompany Independence Day for the State of Israel is the World Bible Quiz where only 16 Participants are selected out of thousands of Jewish youth from around the world.

One year, Knesset Speaker, Yuli Edelstein gave a speech and shared his experiences as a Zionist prisoner:

“I look at the contestants who come from different countries – the United States, Panama, Mexico, Belarus, South Africa …… and soon the interpreters will translate the questions because not everyone here speaks the same language.

So what exactly unites us all?

I was once a Zionist prisoner in a country that no longer exists – the Soviet Union. I did not have knowledge like yours, but I still knew some, and that some that I knew, I taught others. I taught Hebrew and Judaism in the underground in secret, but in the end, they caught me and put me in jail with forced labour. We would work 11 hours a day in the frost and I knew nothing about what was happening in the world outside the camp fence.

One day one of the cruel guards we were all afraid of looked at me and told me wickedly – You should know that my safe in the room is full of letters that people have sent you from all over the world, and you know that by law you are not allowed to see them so you will never see them!!! He was right until this day, I never saw them but he did not know how much power and happiness he was filling in me at that moment.

Thanks to him, I learned that various Jews from around the world write me letters, including from the countries you came from
Men and women, young and old, housewives, professors, rabbis, and those who did not know a single letter in Hebrew. People from different backgrounds but there was a real unity among them, they knew that there was a Jew they had never known and probably would not know either, but they felt that they had to fight for his release.

We do not know a false unity, we only know one unity and you already have that unity around the most real common denominator we have – the Book of the Bible.

There will be one winner here today that we will announce, but that is not the important part, you have all already won because you have learned well and I ask you on Independence Day to spread the common denominator so far, around the book of books, if we know it from the inside — for sure we will reach true unity.”