Herzlia Pupils Competing in Maccabi Games 2022 – Results are out!

The unwavering dedication and the high level of sportsmanship and respect our pupils showed throughout the tournament was exemplary. This is what the Maccabi Games is all about and we are so proud of our pupils!

Jordan Osrin, Aaron Levin, Matt Whitesman and Seth Varkel played for the SA U18 water polo team in the Maccabi Games, brilliantly coached by Matt Jacobson (ex Herzlian and ex Maccabi water polo player). The team fought hard throughout the tournament, winning one of the most exciting games against Brazil 10-8, culminating in the team narrowly losing their bronze medal to USA 11-9.

Alexand Franco is the only U16 pupil from Cape Town as his team was JHB based. The team won the Maccabi Fair Play Award which Maccabi SA last won in 2009.

Jarred Marcow and Zack Rogoff played for the U18 tennis team.

Ethan Werb was selected to play for the U18 cricket team who won 5 out of 5 games and achieved gold. Kol Hakavod! 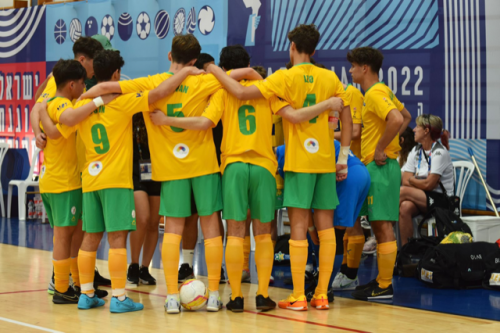