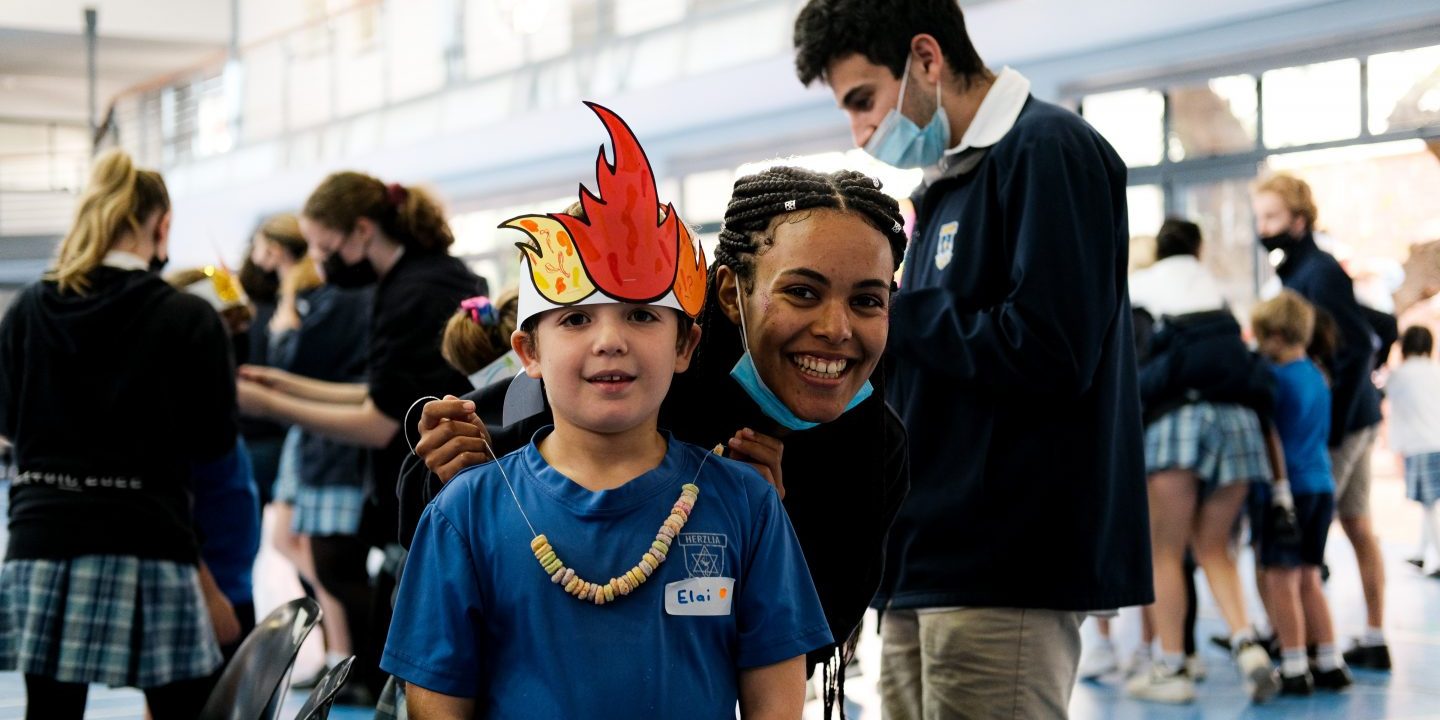 A Herzlia education is a 16 year journey of learning, growing and evolving that hopefully develops our pupils to become menschen and future leaders.

Most pupils begin their educational journey at 18 months in a Herzlia preschool and graduate from the High School in their matric year when they turn 18. We fondly refer to this life-cycle as ‘Chai to Chai’.

At Herzlia we celebrate this rite of passage from Grade 1 (childhood) to matric (adulthood) at the annual Chai to Chai event.

The matric pupils take ownership of the day and organise various fun and educational activities to spend time with the Grade 1s. The aim is to engage and excite young minds and show them what it means to be a Herzlian.

Matrics Mila and Danny emceed the proceedings by inviting various speakers to address the pupils.

Rabbi Sean Cannon began by mentioning that it was quite appropriate that this year’s event fell on Lag B’Omer which is also considered a L Dor v’ Dor event because of Rabbi Akiva’s legacy of Judaic teachings to his students.

Andries van Renssen, Executive Director of United Herzlia Schools, then spoke and stated how wonderful it was to see these young grasshoppers look up to the matrics with such awe. Chai to Chai’s intention is to inspire them to one day become like the matrics.

The day is filled with interesting and enjoyable activities which involve science experiments, icing biscuits, making edible necklaces, face painting, a magic show, music – learning to play the marimba. Even sports activities like soccer and shooting bows and arrows are thrown into the mix.

Geoff Cohen, Head of Jewish Identity and Community, added that he’s been in the Herzlia system for 52 years, first as a student, then educator and now leader and his fondest memories are always of the annual Chai to Chai event.

Marc Falconer, Principal of the High School, thanked the matrics and Sally Bodington (Matric Grade Head) for organising such a fantastic morning. Sally’s daughter, Isabella, was one of the Grade 1’s who was able to enjoy the festivities.

The day culminated with the matrics and Grade 1s singing the school song. Proud Herzlians, an older generation passing the baton to their younger selves who will in turn become fellow menschen through their school journey.